What can we build for Carbon sequestration in water?

There is debate over whether shellfish, coral and other animal organisms sequester or release Carbon in their life cycles, whereas aquatic plants are known to lock carbon in for decades or even millennia.

Coral reefs take decades and centuries to grow and mature, but by nature of their form and texture when they break they pull great quantities of organic Carbon to the seabed with them, thus aiding Carbon sequestration.

In building structures which mimic the behaviour of these corals, allowing aquatic plants to grow on them and then break off sinking organic Carbon to the seabed for decades, centuries and millennia, we can boost Carbon sequestration in water. It is, of course, vital that the materials for such structures are environmentally sound and do not leach toxins into the oceans, after all, the entire point of everything we are trying to achieve is a healthier planet for all our species! 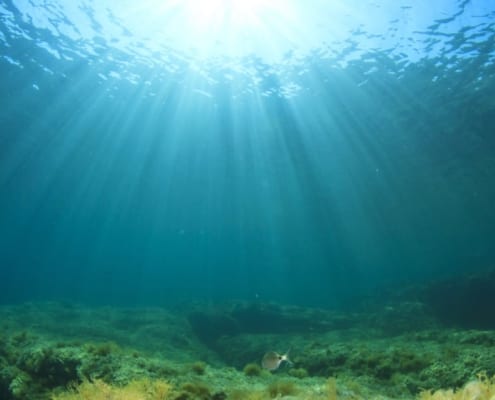 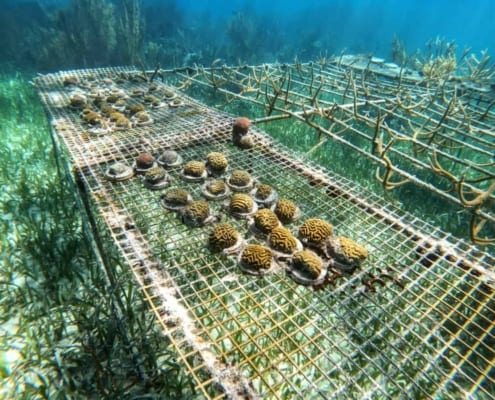