What is Carbon Sequestration?

Carbon sequestration is the fixing of atmospheric carbon dioxide in liquid or solid carbon. Generally this is achieved by using plants which photosynthesise carbon dioxide into carbon and oxygen. This is known as the Carbon-cycle and is vital to all life on planet Earth, without it neither the plants nor the animals would be able to breathe at all!

It is C=0’s mission to sequester more carbon than we release, making us carbon negative. We practice carbon sequestration on land, with reforestation and building projects using materials and technologies which lock in carbon. We sequester carbon in water by farming seaweed which grows faster than any plant on land and as such, draws more carbon from the air than land-based plants. Another form of carbon sequestration in water which we are exploring is cultivating spirulina. By locking so much carbon from the atmosphere, and producing sought after culinary products in the process we are making the world a better cleaner and tastier place!

Why Carbon Sequestration is better than Carbon “Offsetting”

Carbon sequestration assists C-Zero in our mission by locking away carbon before we release it, we do this in the knowledge that all Carbon we release into the atmosphere in the form of CO2 (or CO, which then becomes CO2) makes the planet less habitable for all life forms currently on it.

This is philosophy is in contrast to Carbon offsetting which is generally done after the fact, and almost as an exercise to make us feel less bad about the Carbon we have already released into the atmosphere.

Carbon Sequestration can be seen as a pre-emptive measure whereas Carbon-offsetting is much more of a fix.

We sequester Carbon on land, and in water! 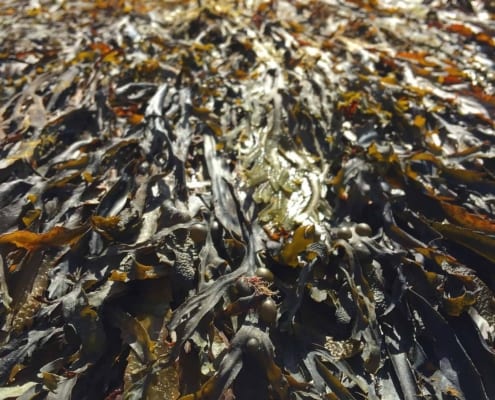